A former Lutheran pastor sharing thoughts on faith and life. Please join the conversation! I love your comments!

I have been thinking about our duty as citizens in a democratic republic.  As we are barraged with false and misleading information and as those in power develop more efficient and more manipulative marketing strategies, it becomes imperative citizens engage in ways which go way beyond voting.  Voting is important but citizens also have a duty to become informed on issues, to hold elected officials accountable for their actions, to speak up against injustice, to make phone calls, participate in peaceful protest, and make our voices heard.  All of this needs to be based on logic, facts, and compassion.  Which is not easy.  There is so much information, so many issues, and so much happening so quickly.

Because there is so much to process and check and we all have limited time and limited brain space, we may need to become a bit more ruthless about minimizing our exposure to misleading, inflammatory rhetoric.  We need to seek out solid news sources but also minimize our exposure to the exaggerated, biased information which swirls around us.  It is hard to maintain any objectivity when constantly inundated with extreme views which either encourage our own bias or infuriate us beyond reason.  Post facts, avoid click bait, seek to inform not to inflame and so on.  Friends who do not abide by these suggestions may need to be blocked, not out of anger but simply to save intellectual effort and time for the facts we need to know.

It is also helpful to show up in person whether it be to a protest or debate or town hall meeting. This is not easy for an introvert but as participant in the Women’s March, I was able to personally witness what it was about, who was there, and what was said rather than relying on reports about the event.  Of course, even first hand witnessing is filtered through my own bias and point of view.  For example, where others saw crude and vulgar signs, I saw parody and reappropriation of derogatory language and an attempt to remove shame connected with the female anatomy.  Yet seeing things first hand gave me further information by which I could find validation or criticism for my point of view.

However and wherever we engage in the duties of a citizen, it needs to be in a peaceful, respectful manner based firmly in compassion and logic.  There has been a temptation in the last year to think people are ruled by fear and emotion rather than logic and therefore in order to get anywhere we need to engage in inflammatory or hyperbolic tactics.  But there is a reason peaceful protests need to remain peaceful and there is a reason to adhere strictly to thoughtful, factual, and respectful dialogue.  Those who fight injustice rarely can win with weapons of violence because injustice is undergirded by those in power who will likely have more and greater weapons of violence.  Those who fight ignorance and hate can not afford to engage in hyperbole or emotional manipulation because the ignorant and the hate filled are not limited by such things as logic or truth.  Michelle Obama is often quoted as saying, “When they go low, we go high.”  This is not just a nice sentiment but also sound tactics.  If responsible citizens go low, those ruled by ignorance and hate can always go lower.

And those who fight for compassion and justice can always afford to go higher.  For example, those concerned with diversity need to listen to those who criticize the Women’s March for not hearing the voices of women of color.  While the diversity of voices chosen to speak at the marches was encouraging, still we can do better.  We need to listen.  When they go low, we not only go high but always strive to go higher still.

Living in a democratic republic is not free from responsibilities.  We would all do well to hold ourselves to higher standards.

Posted by Sheri Ellwood No comments:

Beyond the Elections: Finding Hope in Deeper Conversations

This election is stressing me out.  I can’t watch television anymore.  I am so discouraged to see neighbors ignoring the sexist and bigoted filth which has come from the mouth of one of the candidates.  Yet I know my neighbors are good people and have their own reasons.  To assume those reasons are shallow or ignorant is just not helpful.  I find some comfort in reminding myself the outcome of the election simply tells all of us where next to direct our energies as we work for mercy, justice and compassion.

But what has been most helpful to me is to do some reading and listening to deeper conversations.  Conversations where people disagree but dialogue on a deeper level and with respect and seeking to understand.  It helps me to think about underlying issues which go deeper than political party or religious affiliation.  Here are some links to some conversations which I have found helpful and hopeful.  Some are lengthy which just goes to show meaningful dialogue doesn’t fit in a meme.  We are better than our recent political events show us to be.  We are capable of beautiful, meaningful, and deep conversation and understanding.  What has given you hope amidst this mess of an election?  Share in the comments and I will continue to share hopeful and informative conversations as I find them.

This one is a little different.  It may not seem hopeful but it gets at deeper issues within the Christian church from an outside perspective.  Listening to such perspectives is more hopeful to me than just yelling at each other.  How does the way we express our beliefs leave us vulnerable to having different standards for those with power than those without power?  Important question and more helpful than another meme.

And finally, remembering there are other issues in our land besides the election and remembering the concerns of Native Americans,  a quote from “Canaanites, Cowboys, and Indians” by
Robert Warrior, “No matter what we do, the conquest narratives will remain. As long
as people believe in the Yahweh of deliverance, the world will not be safe
from Yahweh the conqueror. But perhaps, if they are true to their struggle,
people will be able to achieve what Yahweh's chosen people in the
past have not; a society of people delivered from oppression who are not
so afraid of becoming victims again that they become oppressors themselves,
a society where the original inhabitants can become something
other than subjects to be converted to a better way of life or adversaries


who provide cannon fodder for a nation's militaristic pride.”
Posted by Sheri Ellwood No comments:

6 Positive Results of this Election

There has been great lamentation from all across the political spectrum about this year’s election.  I have felt more sadness and anxiety in regards to this election than any other political event in my lifetime.  Of late, though I have come to realize there can be some positive to be found even in the midst of this mess.  Here are 6 Positive Results of the 2016 Election Year:

1.  Future elections won’t seem so bad.  I hope.  A few years ago, my area of the country had drought conditions for several years.  I no longer stress out every time we go through a dry spell.  If we are not looking at hauling water because of dried up ponds or feeding hay in the middle of summer because of dried up pastures, I know it is not so bad.  Those years of drought gave me a whole new perspective on weather.   This year’s election has given a whole new perspective on politics.  Even if I disagree with a candidate's policies on just about everything, if he or she is not a prejudiced, sexist, braggart, intentionally inflaming bigotry and completely unqualified for the position, I will know it could be worse and perhaps not worry quite so much.

2.  The importance of fact checking has become clear.  With the internet and social media, false information travels quickly and looks just as valid as factual information.  “If it looks too good to be true it probably is” or gut reactions of “that can’t possibly be real,” are no longer enough. Information on the internet can look factual and real without having even a passing acquaintance with the truth.  It behooves us to fact check before we believe what we read and certainly before we pass it on to others.

3. Our attention has been drawn to fact checking as an ethical responsibility.  Fact checking is not just about keeping ourselves appropriately informed.  We need to also take a stand against the spreading of misinformation.  If we do not take the time to fact check we enable those who spread misinformation in order to influence public opinion and public policy.  It is also much more difficult to inflame prejudice against any population if one is forced to deal in facts.  Believing anything which comes across our screens, without considering the facts, feeds the bullies of our world.

4.  Racism, sexism, and ignorance present in our country have been exposed.  To be sure, I have been deeply saddened to hear crude racism come out of the mouths of my fellow citizens and out of the mouths of children as they echo what they hear in their communities and on TV.   However, such racism was not born this election cycle.  This election has stripped another layer of excuses away, increased awareness and may push us toward addressing the bigotry amongst us.

5.  We have had opportunity to consider our partisanship and how far it goes.  I have done some soul searching about what I would do if the candidate I would normally support was inflaming prejudice, sexism, and hate.  Could I get myself to vote for someone with whom I disagreed on most policy issues in order to take a stand against hate?  I hope so.  Perhaps I am more likely to do so now that I have been forced to consider such things.

6.  Credibility of the Christian faith has taken a huge hit.  This may not seem like I should think this a good thing but bear with me.  When a large segment of the Christian church chose to support a contempt filled bigot and misogynist for the Republican party’s nomination, any claim to moral high ground for the Christian church was eroded badly to say the least.  How is this good?  It could serve as a much needed wake up call.  This could serve to open our eyes to see that when people outside of the church talk about hypocrisy in the church they are not talking about Christians making mistakes or simply being flawed human beings.  They are talking about a deep problem within the Christian church which allows hateful and prejudiced behavior to be justified or even encouraged all while we claim to be guided by love.  I may not belong to the part of the church which supported the Republican nominee but the deeper problem is present throughout much, if not all, of the Christian church.  There is much conversation and repentance needed and perhaps such will now begin.

I would prefer things had gone differently than they have in our country this election year.  But if we have to endure this election, perhaps some good can come from it yet.
Posted by Sheri Ellwood No comments: 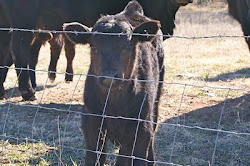